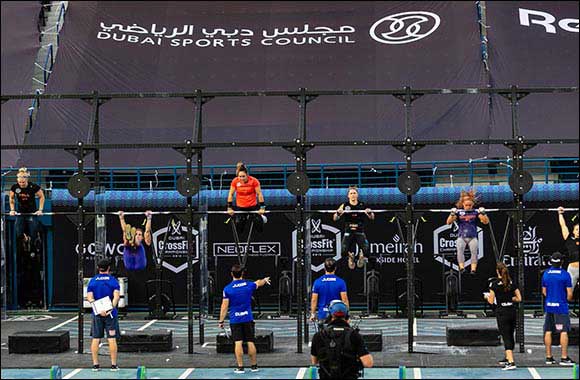 Dubai - United Arab Emirates:  The Dubai CrossFit Championship, one of the most anticipated events in the sport, is set to bring 40 of the world’s biggest CrossFit stars to Dubai for a gruelling three-day challenge that will offer more than AED 1 million in prize money.

It will feature 40 of the world’s fittest – 20 males and 20 females – and the expected list of participants includes a number of previous world champions like Iceland’s Annie Thorisdottir, who is the first woman to win the CrossFit Games twice, and Samantha Briggs of the UK, who won the CrossFit Games in 2013.
The Dubai CrossFit Championship has been attracting athletes of the highest calibre since its inception, and has been showcasing Dubai’s fitness culture around the world. The 2018 edition of the Championship featured 114 athletes and offered AED 2.2 million in prize money, and attracted more than one million views online.

A 60-minute documentary - Fittest in Dubai – was also produced on the four-day 2018 Dubai CrossFit Championship, tracing the action and athletes, and was available on a number of prominent streaming platforms like Netflix and Amazon, as well as Emirates Airline’s in-flight entertainment.
Saud Al Shamsi, Tournament Director of the Dubai CrossFit Championship, said: “We are really excited to announce yet another edition of what has become one of the most anticipated competition in the world of CrossFit. The Dubai CrossFit Championship is one of the most prestigious international events in the sport due to the strength of competitions and the level of athletes participating in it.

“The Dubai CrossFit Championship is also a great platform to showcase and strengthen Dubai’s reputation as one of the world’s premier destination for major sports events and athlete experience.

“The Dubai CrossFit Championship is also a great advertisement of Dubai’s commitment to fitness, and to the health and happiness of every single member of our community, and watching CrossFit’s 40 biggest stars in action here in Dubai should inspire and motivate them to embrace a physically active and healthy lifestyle.”

Dubai CrossFit Championship is organised under the framework of Dubai Sports Council’s goal to promote health, happiness and fitness, both locally and internationally.

The Dubai CrossFit Championship is one of more than 35 international sports events that will take place in Dubai during the six-month Expo 2020 Dubai period, including the 16th Dubai International Sports Conference (DISC), alongside Dubai Globe Soccer Awards, on December 28, and the awards ceremony of the prestigious 11th Mohammed Bin Rashid Al Maktoum Creative Sports Award on January 9, 2022.

Kia Global Ambassador Rafael Nadal will Increase Use of Electrical Vehicles with ...

Mouawad Dresses Diana for the Movie ‘Spencer' Jeweler to Royalty Partners with N ...

MBRSC Signs MoU with Italy's TAS-I and ALTEC to Identify Opportunities for Spac ...

EHS Launches Advisory Council for Representatives of Patients and their Families