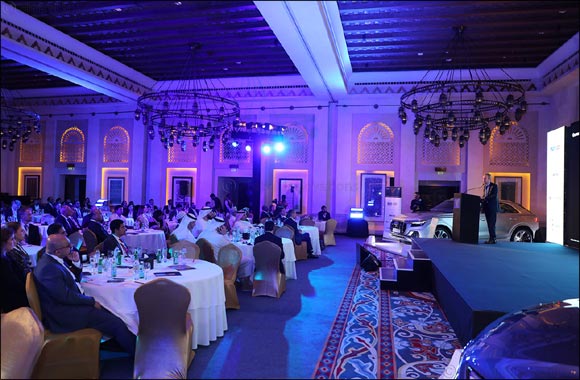 US$500 billion worth of family wealth will change hands in MENA, experts at Wealth Arabia Summit 2019, say

Worldwide, US15 trillion worth of family wealth will pass on to the next generations between 2020 and 2030, as families transform wealth management

Dubai, UAE - November 20, 2019:  More than US$500 billion (Dh1.8 trillion) worth of family wealth will be passed on to the next generations in the Middle East and North Africa (MENA) region within the next decade, experts at the 4th Wealth Arabia Summit (WAS) said on Tuesday.

According to WealthX, a global intelligence solutions provider, more than US$15 trillion worth of family wealth will be passed over to the next generations globally.

David Awit, Senior Director and Head of MENA and APAC Sales at WealthX, said, “The Middle East consolidated its position as the fourth-largest Ultra High Net Worth (UNHW) in 2018, ahead of Latin America and the Caribbean, recording by far the strongest growth of up to 6.8 percent in the ultra-wealthy population to 9,710 individuals (People with US$30 million worth of wealth).

“The two largest UNHW countries of Saudi Arabia and the UAE posted robust gains in their ultra-wealthy populations, supported by a gradual increase in oil price, better performing equities than most regions and currency resilience owing to the Saudi Riyal’s and UAE Dirham’s peg to the US Dollar.”

The next five years are a golden era for large family businesses, as the institutional investors might shy away from the market due to certain challenges, Adil Al Zarooni, Chief Executive Officer of Al Zarooni Emirates Investments, says. “So, we have a good opportunity to invest and generate more wealth in this market,” he says.

Experts at the Wealth Arabia Summit said, the large family businesses are more than ready for the transformation in line with the global slow-growth environment and the digital disruption.

“Most family businesses are structured and are run by professional investment advisors and other highly skilled officials, so they will not face problems,” Adil Al Zarooni, Chief Executive Officer of Al Zarooni Emirates Investments. “However, I am worried about the 98 percent small family-owned businesses, who might not be able to survive the changes and the digital transformation that we are facing.

Zulfiqar Ghadiyali, CEO of the Private Office of Sheikh Tahnoon bin Saeed bin Tahnoon Al Nahyan, said, “As the whole world and the economic landscape changes, we also need to look at the new trends, the tech-related disruptions. Are we ready?”

The Wealth Arabia Summit takes place amid a rapidly changing global economic environment and challenging geo-political developments that is forcing the investor community to re-think their strategy and find new opportunities amid adversity.

Since its inception in 2016, the summit has established itself as the premium forum bringing together the region's HNWIs, senior investment executives and service providers for actionable investment advice from the world's most informed.