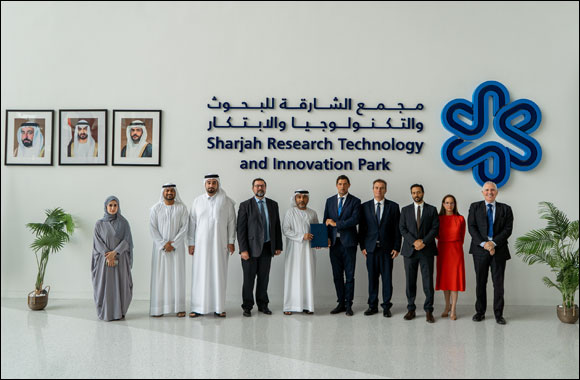 The partnership provides an exceptional opportunity for the Hungarian university to present the latest achievements of Arab culture and science in Hungary and to host a proactive international scientific collaboration in the city of Kecskemét where the university is located.

The agreement comes on the heels of visit by delegation from SRTIP to the John von Neumann University to familiarize with the university’s high quality education and related services in the latest and most advanced research, development and innovation.

According to the agreement signed in Sharjah, SRTIP and JvNU Kecskemét will launch joint promotional activities to raise awareness of the main projects of the incubation hub through webinars and conferences targeted at industrial, economic and civil segments of the UAE and the Mena region.

The bilateral agreement creates opportunities for the opening of specific new projects and the launch of joint research and development activities. To this end, John von Neumann University will provide professional training opportunities for SRTIP experts and students with the involvement of industrial companies operating in Kecskemét.

The main areas of cooperation were also identified. For example, together with the American University of Sharjah, special attention will be paid to hydrogen as a new alternative energy source, the development of green vehicles and the green economy, the expansion of scientific results in materials science and technology and laser technology, robotics and innovation opportunities for “smart” and livable cities.

The first tangible result of the cooperation is that the Megalux Solar car model, one of the most successful development projects of John von Neumann University in Kecskemét, Hungary, will be redeveloped in a joint effort.

The agreement also represents an exceptional opportunity for the City of Kecskemét in a region that was declared the Capital of Arab Culture by UNESCO in 2017, and which can be a model to follow in the process of becoming a university city, as Sharjah was also included in the world's top 100 university cities in 2017.

Kecskemét is Hungary's eighth-largest city by population, and seventh-largest by area. John von Neumann University, based in Kecskemét, is one of the youngest tertiary educational institutions in Hungary. It received the title University of Applied Sciences in 2016, since when it has become the leading higher education institute in the region.

Hublot and Takashi Murakami Launch a Collection of 13 Unique Watches and 13 Uniq ...

Over 90 UAE Nationals Compete in the UAE Wild Card Championship, Joining the Rac ...

11th Pink Caravan Ride Brings Awareness and Early Detection to the Forefront in ...

UAE Go on the Attack to Climb Podium at Saudi Tour

World Cancer Day: What Is Hematology Oncology? A Closer Look at These Cancer Spe ...