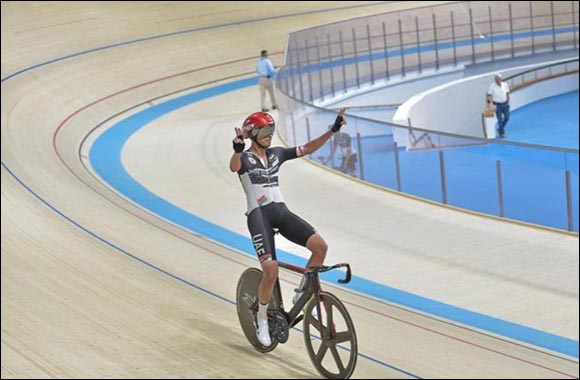 UAE Team Emirates’ Emirati star, Yousif Mirza won a second gold medal for the UAE National Team in the fifth edition of the Islamic Solidarity Games in the Turkish city of Konya on the Kon track.

Mirza, the first Emirati on the UCI World Tour, continued the UAE’s strong performances in the Games earning 38 points in the points category of the track competition. Teammate, Ahmed Al-Mansoori won the bronze medal in the same category with 16 points, whilst Iranian, Behnam Arian took silver.

After the third day of competition, the UAE’s medal tally sits on an impressive three, two gold and one bronze, all of which have come through cycling. Teammate, Ahmed Al-Mansoori had earlier impressed on the opening day after winning gold in the Scratch race.

The Islamic Solidarity Games is a multinational, multi-sports event, that involves athletes from the Organisation of Islamic Cooperation competing in a number of sports. First held in Mecca, Saudi Arabia in 2005, the Games are held every four years with 54 teams competing in 2022.