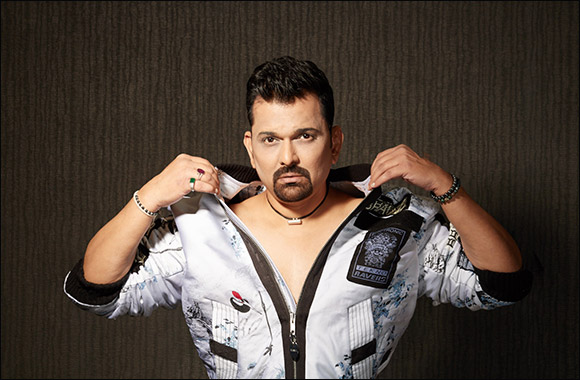 Share Home >> Events & Exhibitions
• Dynamic Producer duo Gaurang Doshi and entrepreneur Rocky Khan set to create history with the biggest collaboration.
• Promo Song of web series 7th Sense shot in Dubai set to revolutionize OTT platforms.
• Song Marks the First Ever International Collaboration of YoYo Honey Singh.
Dubai, UAE: Stage is all set on 24th July 2022 as Dubai will witness the launch of biggest ever party track by musical superstar trio ‘YoYo Honey Singh, American Rapper Lil Pump and DJ Shadow Dubai. Igniting their passion for music the incredible producer duo Gaurang Doshi and entrepreneur Rocky Khan teamed up to make the impossible happen, to get these Global music sensations to appear in a song together. This song will mark YoYo Honey Singh’s first ever leading international collaboration with the 'Gucci Gang' American rapper Lil Pump and Music Producer DJ Shadow Dubai. Shot in one of the finest clubs in Dubai, the music video with a thumping background score energizes the song, making it the most happening promotional track of the magnanimous web series ‘ 7th Sense’. With the BTS videos leaking, the Afro-party-song titled ‘Casanova’ has already taken the music world by storm.
Remaining tight lipped about the mega promotions planned for the release of the song, Bollywood Producer and Owner of Gaurang Doshi Productions & Tiger Trail Production along with Rocky Khan, Owner of Black Stallions, Dubai, said, “Our hearts are full of gratitude that we were able to orchestrate such a massive international collaboration of the artists for our web series 7th Sense. We are nothing but confident that we will see something out of the box and this song is going to be the blast of the year.  It was not an easy task to bring the three sensations under one roof but by the blessings of our parents and God's grace we were successful in pulling off this imagination and presenting it for the world into reality. We are creating history, as these kinds of collaborations have never happened on OTT level and this will certainly revolutionize the OTT platforms.”
CASANOVA written and sung by YoYo Honey Singh and Lil Pump is an upbeat song with swaggering beats and an infectious tune that will have fans grooving from dusk to dawn. Rapper Lil Pump after delivering his viral smash hit “Gucci Gang” has gone on to collaborate with the likes of Diplo and Kanye West. India’s very own Singer, Rapper YoYo Honey Singh who has millions of followers has made a smashing comeback already. Joining this astounding harmony is musical genius American DJ, songwriter, and record producer DJ Shadow making it a most daring collaboration, no doubt the promotional track is expected to be a chartbuster. In Dubai, Gaurang Doshi and Rocky Khan have partnered with iconic businessman Madhu Bhandari, founder of Santoshifx, an upcoming crypto currency platform for their upcoming web series as well as the promotional track.
Gaurang Doshi is a leading producer of Bollywood blockbusters. In the past he has brought together bigwigs such as Amitabh Bachchan, Akshay Kumar, Arjun Rampal, Paresh Rawal, Sushmita Sen and Bipasha Basu. For his upcoming film, Gaurang has collaborated with DJ Shadow Dubai to produce the music for the songs of the web series “7th Sense”. Gaurang Doshi and Rocky Khan will also produce and adapt the autobiography of DJ Shadow Dubai. Together they have managed to get Rick Ross, Jason Derulo and Urvashi Rautela for special tracks.
Sharing his thoughts further, Gaurang Doshi said, “My father always taught me to create things beyond one's imagination. This idea of collaboration was turned into reality over a tea conversation with his partner Rocky Khan. Rocky from a very young age has an immense passion and knowledge for music. I am blessed to have people like Rocky Khan, DJ Shadow Dubai and Madhu Bhandari in my life. Madhu Bhandari always stood by me throughout like a family.”
He also shared about how his friends Kush Goel, Dr Baseem and Deepak Agarwal stood by him during this musical journey and motivated him to be the pillar that he is during the journey of life.
With all the buzz on social media and more surprises and announcements coming our way the anticipation and excitement has only grown. Given the extraordinary talent behind the song, it is guaranteed to be biggest hit and worth all the wait and effort as the entire team’s vision comes to life. So music lovers, Mark your Calendars!