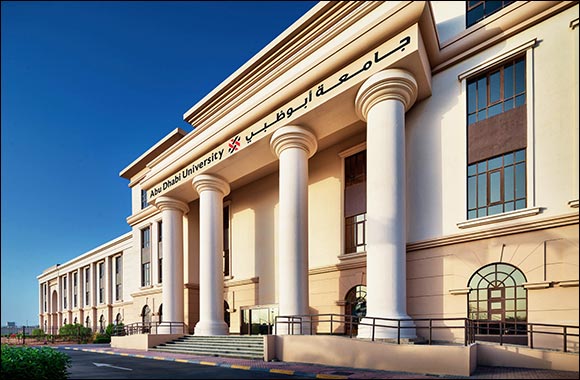 Share Home >> Education & Training
• ADU has seen a significant rise in the areas of Faculty to Student Ratio, Citations per Paper and Papers per Faculty
• Notable growth in research output across different disciplines including Life Sciences, Engineering and Technology, Social Sciences and Natural Sciences
• Excellence in QS rankings sits well with ADU’s position among the top three UAE institutions for prestigious international accreditations.
Abu Dhabi, United Arab Emirates— 18 October 2021:  Abu Dhabi University (ADU) has been ranked among the top institutions in the region according to the 2022 Quacquarelli Symonds (QS) Arab Region University Rankings. This follows numerous successes achieved in the 2021 ranking, in addition to ADU maintaining its leading position in 2022 when it comes to faculty, student diversity and research output.
ADU is ranked 37th amongst 180 respected educational institutions according to the Scores Indicator specified by the 2022 (QS) Arab Region University Rankings, putting it among the top 21% universities in the region. Furthermore, ADU’s overall performance is 55.7 per cent higher than the average for the Arab Region; a seven per cent increase from 2021.
As a relatively young private educational institution, ADU has witnessed much success. The university has improved in the research category, where it experienced growth in the numbers of citations (excluding self-citations) in areas such as Art and Humanities, Engineering, and Technology, Life Sciences and Medicine, Natural Science and Social Sciences and Management, with an overall increase to 1,052 papers during the past five years. Additionally, the university has climbed 12 spots in ranking in the category of Staff with PhD, as well as moving up 34 spots for Citations per Paper, five spots for Papers per Faculty, and 3 places in the Faculty-Student Ratio category. The university came 40th in Academic Reputation and 44th in Employer Reputation.
Professor Waqar Ahmad, Chancellor of Abu Dhabi University, commented: “Abu Dhabi University prides itself on its reputation as an academic institution that constantly strives for progress, in all of its forms. ADU’s ranking among the top educational institutions in the region according to the 2022 Quacquarelli Symonds (QS) Arab Region University Rankings, is a reflection of the immense efforts and achievements of our staff, respected faculty, and students.”
Professor Ahmad added, “Our place among the leading universities in the Arab region stands well alongside our position of being in the top three UAE institutions for institutional, college and program level accreditations by internationally respected professional bodies.”
First published in 2014, the annual QS Arab Region University Rankings spotlights leading universities in the region. This year’s edition has seen the addition of 24 new entrants. Rankings were compiled by assessing universities on ten performance indicators including academic reputation, international faculty and students, faculty-student ratio, citations per paper and web impact.

Experts Behind Samsung's Newest Products and Technologies Discuss Innovating for ...

Formula E Season 8: Meet the Heroes Behind the Helmets Who Will Battle for Glory ...