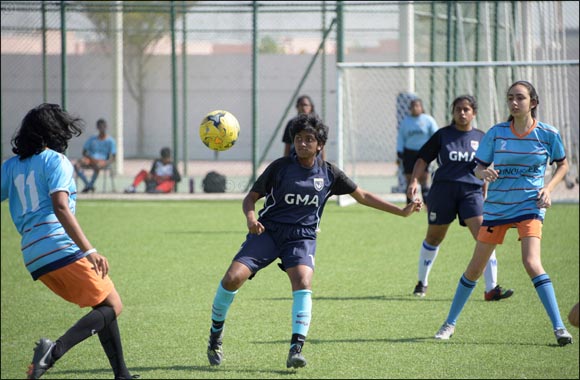 Share Home >> Education & Training
Theertha Satish of GEMS Modern Academy attends the school with backing of KHDA’s Rahhal Programme
Dubai, United Arab Emirates -  22, August 2019:   GEMS Education has gained an international sporting first achievement, off the back of the Knowledge and Human Development Authority (KHDA) Rahhal Programme initiative, with the first UAE-based student to be accepted onto the trials for FIFA U17 World Cup Team Camp for girls in India.
All India Football Federation (AIFF) scouted Theertha Satish, a grade 10 student at GEMS Modern Academy in Dubai. She was shortlisted under the AIFF Overseas Scouting Project to join the trial camp based in Goa, where the tentative trials period has been ongoing. This was possible thanks to the initiative of Bikram Singh who organized the Ambassador’s Cup and the selection trials in UAE.
Mr. Abhishek Yadav, former India International player and Director, National Teams said, 'The AIFF is thankful to the GEMS Modern Academy for supporting the scouting programme, which is conducted for the benefit of any of our talented Indian boys and girls in the UAE. The hospitality extended to us as well as the players on trials by the GMA team was warm and excellent. I was personally pleased with the facilities that the GMA is providing its students for sports in general and football in particular. This kind of support is essential for the development of athletes, and from a national team perspective, gives me immense encouragement and comfort.'
The shortlisted girls to sweat it out at the training camp trials, are under the watchful eyes of coach Alex Ambrose, a former India international. Alex also led the Indian U-19s to a 1-0 win over Thailand in the AFC U-19 Championship Qualifiers in 2018.
Nargish Khambatta, Principal and CEO at GEMS Modern Academy, said: “At GEMS Modern Academy, we take the responsibility of nurturing our children’s dreams seriously and ensure they enjoy their academic journey. We are proud of Theertha’s international recognition in girls’ football. Her dedication and hard work towards making her dreams a reality set an inspiring example for her peers and others in the UAE wishing to pursue their dreams alongside their studies.”
Rahhal is the first pilot project to be launched under Dubai 10X, a Dubai Future Foundation initiative that aims to place Dubai government entities 10 years ahead of the rest of the world in key sectors, by implementing within two years what other cities around the world will be implementing 10 years later.

New Land Rover Defender. It Does All Its Own Stunts

Top Chefs Serve Up a True Taste of World and a Slice of the Future at Gulfood 20 ...

The Award-winning #burjumanfoodart Festival is Back by Popular Demand!