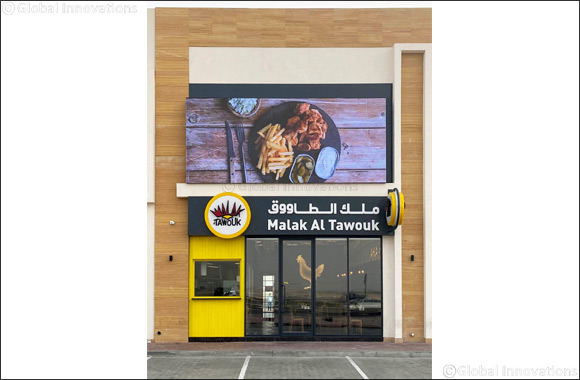 United Arab Emirates, 10 August 2020: Yummy Junction, one of the fastest-growing Dubai-based Food & Beverage companies, has announced that it will be opening 3 new branches of Malak Al Tawouk restaurant in the UAE - one in Dubai Silicon Oasis and the other in Matajer Al Juraina, Sharjah, as part of its expansion plan for the brand.

Yummy Junction has introduced the Malak Al Tawouk brand to the UAE early this year with three branches - one in Hessa street and the second one in Motor City. The third branch was opened in Bay Avenue in March this year. After 2 new store openings, the company will have a total of 5 stores across the UAE. The company is looking to grow and expand Malak Al Tawouk brand and drive its growth progressively following the AED 20 million investment plan that was announced earlier this year.

Commenting on the announcement Mr. Mahmoud Harb, the Managing Director and Co-Founder of Yummy Junction, said: 'We are pleased about our progress so far and are equally positive about our future. We have set forth plans of investing ahead of the curve as we believe that the market will revive soon. Following the re-opening of businesses, we are expecting a fast recovery in the next few months and witnessing steady growth before the end of the year.”

Next in Food Industry

DIFC FinTech Hive's Accelerator Programme to Advance the Role of Women in Financ ...

Jafza, the Federation of Israeli Chambers of Commerce Sign Mou to Accelerate Eco ...

Danube Home Launches Its All New “My Garden 2021” E-Catalogue!