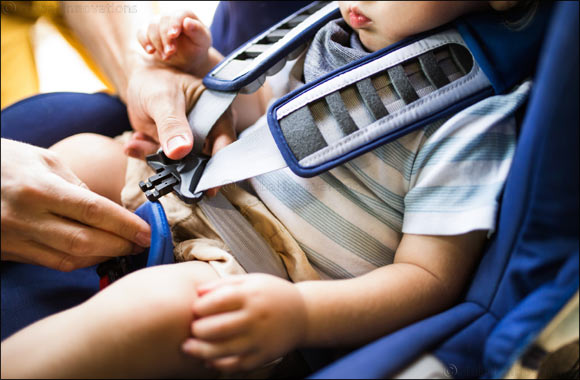 More Than Half of UAE Parents Don't Know the Legal Requirements for Child Seat Belt Use, According to New Survey

Share Home >> Entertainment
• New survey conducted by INFINITI Middle East as part of major new road safety awareness campaign
• More than half (55%) of parents in the UAE do not feel that children should be wearing seat belts at all ages
• According to UAE law, everybody in the vehicle has to wear a seat belt at all times, and children up to four years of age must be provided with a child safety seat
Dubai, UAE, 29 December 2019:   More than half (55%) of parents don’t know the legal requirements for child seat belt use in the UAE, according to new survey.
Whilst 91% of parents said they require children to wear a seatbelt in the car, the research, conducted by INFINITI Middle East, showed conflicting opinions on the age when the safety practice should be introduced.
One quarter (26%) of those surveyed said that seatbelts should be worn from the age of three, whilst one fifth (20%) said the age for strapping in was six and above.
According to UAE law, vehicle driver and all passengers have to wear a seat belt at all times regardless of age, and children up to four years must be provided with a child safety seat.
The survey is part of a major new road safety awareness campaign by INFINITI Middle East, promoting the safety of children in vehicles Called ‘Eyes on You’, the campaign sheds light on parent’s on-road behaviours and the impact these have on children.
“Correct seatbelt use is an ongoing topic of conversation in the UAE, and this new survey shows that there is still a lot of confusion amongst parents, when it comes to safety rules,” said Markus Leithe, Managing Director, Middle East, INFINITI. “This new survey, and the ‘Eyes on You’ campaign, aims to draw attention to these crucial safety considerations, reminding parents of their responsibility and how on-road behaviour affects – and is eventually mimicked by - children.”
The ‘Eyes on You’ campaign is closely aligned with the Dubai traffic safety strategy to reduce road fatalities by 1.5 for 100,000 population by 2021. A comprehensive seat belt law came into place in the UAE in 2017, making seat belts for rear seat passengers and child safety seats mandatory.
Whilst the legal requirements for seatbelt use remain unclear amongst parents, the survey demonstrated strong recognition around the effects this has on children’s perceptions of road safety.
When asked which negative on-road behaviours they believed children were most likely to mimic as adults, nearly half (48%) of parents agreed it was not wearing seatbelts.
“Correct use of seatbelts remains a key priority for RTA, as we work to improve the safety of parents and children on the UAE’s roads,” said Deema Hussein, Traffic Awareness Senior Manager, Traffic Department of Roads and Transport Authority (RTA). “Over the years, RTA has undertaken a number of projects, plans and initiatives to improve awareness around the correct use of seat belts. By collaborating with the private sector on awareness campaigns we continue to raise public awareness on the importance of wearing rear seat belts in order to change the public behaviour in this regard. We are therefore very happy to support the ‘Eyes on You’ campaign which engages one of the most important groups on the road – the parents.”
The ‘Eyes on You’ survey involved 1,869 parents across the UAE, Saudi Arabia, Kuwait and Lebanon.