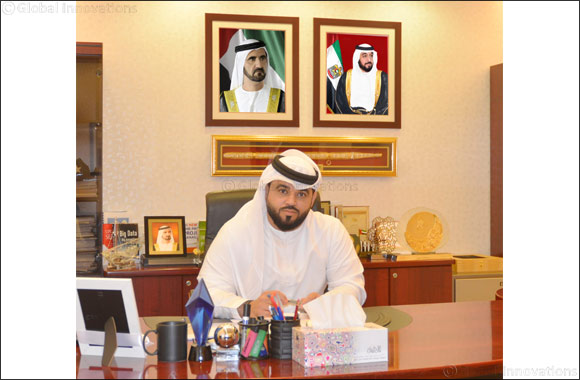 The Number of UAE Nationals working with Union Coop reached 423

Highlighting Union Coop’s commitment towards the Directives of UAE’s wise leadership, H.E. Khalid Humaid Bin Diban Al Falasi, CEO of Union Coop said: “The high rate achieved in Emiratization comes as a result of Union Coop’s constant efforts to improve the recruitment of UAE Nationals in the private sector, which comes in line with the strategic vision of Dubai Plan 2021, that aims to build an innovative and a creative generation that showcases consistent achievements.”
Al Falasi stressed that Consumer Cooperatives have a major role to play in promoting Emiratization in private sectors and together they have to coordinate with relevant authorities to overcome the challenges in the way of achieving this objective.

He added: “Union Coop considers Emiratization as a national duty to contribute towards achieving the best and well-being of the society despite the economic challenges of the market in general and specifically the ‘Consumer Cooperatives’.

Sharing his insights on the challenges faced by Consumer Cooperatives, Al Falasi explained: “There are many challenges faced while implementing Emiratization, especially in the Consumer Cooperative sector, which is still operated as per the old Cooperative law. The outdated cooperative law is limiting its ability to perform as a National economic entity that contributes towards building sustainable food and economic security for the state, considering the level of competition we have in the retail sector. Certain revisions should be considered in terms of general pension and social security rules and regulations if we wish to promote the Emiratization levels in the private sector and ultimately meet the directives of our wise leadership.”

On Union Coop’s impressive Emiratization rates over the years, the CEO highlights: “Emiratization in Union Coop is not just a slogan to be praised, rather it is an honorable National Duty. It should be the priority of all National institutions and be accounted for as one of the important performance measures, rather than just focusing on financial performance only.”

Next in Real Estate & Retail

Jafza, the Federation of Israeli Chambers of Commerce Sign Mou to Accelerate Eco ...

Danube Home Launches Its All New “My Garden 2021” E-Catalogue!