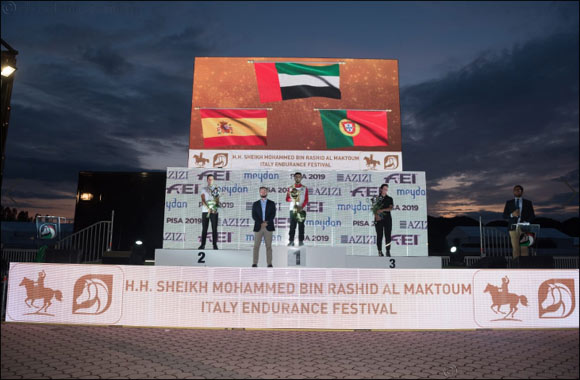 Dubai, United Arab Emirates, 21 September 2019:  Azizi Developments, one of the leading private developers in the UAE, sponsored the highly-esteemed H.H. Sheikh Mohammed bin Rashid Al Maktoum Italy Endurance Festival, part of the Toscana Endurance Lifestyle 2019, held at the San Rossore Racecourse in Pisa, Italy between the 17th and 19th of September 2019. This is the third consecutive year in which Azizi sponsors the prestigious event.

Farhad Azizi, CEO of Azizi Developments, said, “Azizi Developments wholeheartedly supports the vision of His Highness Sheikh Mohammed Bin Rashid Al Maktoum, Vice President and Prime Minister of the UAE and Ruler of Dubai, to promote and advance equestrian sports across the globe. As part of our strategic alliance with Meydan, we strive to consolidate the bond between the UAE and Italy and are keen to bring the two nations together under a banner of sportsmanship and collaboration. This festival is one of the most important and celebrated annual sporting events in the equestrian calendar. We are proud to partner with it once again, bringing communities together.”

Next in Real Estate & Retail