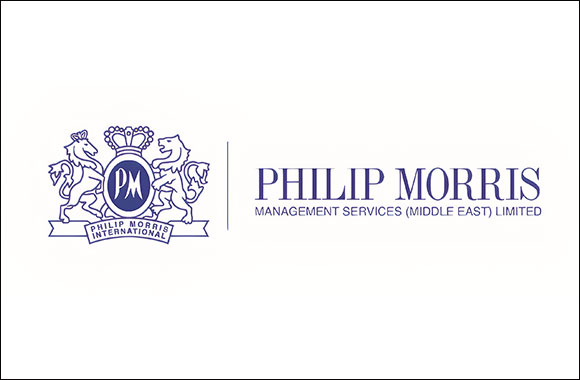 Dubai, United Arab Emirates: 28 November 2022— A new survey conducted in the Kingdom of Saudi Arabia (KSA), the United Arab Emirates (UAE), and Kuwait has spotlighted the influence a company’s sustainability efforts can have on consumers’ behaviour and choice of brands.

The survey, conducted independently by leading Dubai-based market research company 4SiGHT, was commissioned by Phillip Morris Management Services (Middle East) Limited (PMMS) to better understand how an organization’s efforts towards sustainable practices play a role in consumer decisions and which efforts are most important.

Drawing on the findings of more than 2,000 respondents across the three GCC states, the survey revealed that the majority (76%) agree that sustainability efforts of a company are likely to positively impact  their choice in buying their products. Meanwhile, among KSA and UAE participants, 84% and 81% respectively agree that it is important for a company to act sustainably. Similarly, across KSA, UAE, and Kuwait, 68% of respondents said that they would pay more for an item if the company selling it demonstrated sustainable practices.

Digging deeper, the survey also revealed the corporate sustainability efforts considered most relevant to consumers today. Although all efforts were considered highly relevant, respondents identified the need to protect the environment through sustainable practices that address social and environmental challenges, like child labour and agricultural workers, as being most relevant at an average of 94.3% across the three countries. Additionally, when asked about their environmental concerns, pollution was identified as the most concerning factor (64% in Kuwait, 56% in KSA, and 61% in UAE).

Meanwhile, the majority of respondents across all nations believed that committing to environmental, social and governance goals best defined a company as ‘sustainable’, suggesting that tangible action is now a necessity if a company is to engage with consumers.

“The survey findings highlight the need for businesses to commit to sustainable practices because their consumers recognize the importance of protecting the environment now and in the future.” commented Tarkan Demirbas, Area Vice President, PMMS. “Businesses need to clearly define goals and hold themselves accountable to the promises that they are making. Being a more sustainably minded company brings a clear competitive advantage as the survey shows.”

The survey comes at a highly relevant time in Phillip Morris International’s (PMI) own transformation as the company continues to make strides towards a more sustainable future. Most notably, PMI has committed to setting an ambitious goal, with at least 40 million current adult smokers to have switched to its smoke-free products by 2025, and for smoke-free products to account for more than 50% of total net revenues by 2025.

Within the Middle East, in 2021 PMMS launched Our World is Not an Ashtray, the Arabic edition of PMI’s global initiative to raise awareness of the issue of cigarette butt littering and drive long-term behavior and attitudes changes. The initiative encourages proper waste disposal through education while also supporting litter clean-up activities.

As in previous years, in September 2022, PMI supported World Clean Up Day, the world’s largest annual litter clean up event. PMI teams worldwide participated in this global action, including PMMS with 50 employees, their families and friends joining to clean up one of Dubai’s beaches.  In total the volunteers were able to collect —12 kgs of waste and more cigarette butts in previous years.  The litter collected will be upcycled to be turned into valuable construction materials such as resistant plywood replacement boards, beams, pipes, moulded items as well as concrete and pavements.

Hublot and Takashi Murakami Launch a Collection of 13 Unique Watches and 13 Uniq ...

Over 90 UAE Nationals Compete in the UAE Wild Card Championship, Joining the Rac ...

11th Pink Caravan Ride Brings Awareness and Early Detection to the Forefront in ...

UAE Go on the Attack to Climb Podium at Saudi Tour

World Cancer Day: What Is Hematology Oncology? A Closer Look at These Cancer Spe ...