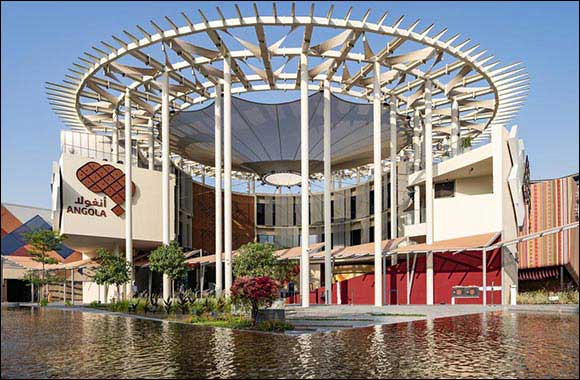 Dubai - November 30, 2021- The Dikota E6.0 Platform, an initiative by Dr. Ana Dias Lourenco, First Lady, Republic of Angola, aims to enhance the experience and knowledge of senior citizens of Angola through three flagship projects - Senior Panel, Talent Bank, and Boomerang Project.
Within the scope of the Boomerang Project and in celebration of the National Day of the Elderly, the 'Dikota - Meeting of Generations' show will be held, in partnership with Unitel, on the stage of the largest exhibition in the world, Expo 2020 Dubai.

Mrs Albina Assis Africano, General Commissioner of Angola Pavilion said 'I am honored to have become one of the first members of the Project Dikota E6.0 Platform. It is not only respected by the senior citizens but useful for the youth to learn from our experiences. We have developed a platform for building the future, but grounded on our traditions and our people.”

The Show will be held on November 30th  from 07:15 pm onwards at the Angola Pavilion. There will be a performance of musical duets by the Angolan artists, Felipe Mukenga, Anna Joyce, Dom Caetano, and Pérola, for a true meeting of generations and will be broadcast live through Unitel's digital platforms.
Dr. Ana Dias Lourenço, First Lady of the Republic of Angola said “Angola cannot waste the best teachings of the past and the time has come for the older generations to join hands with the younger ones so that together they can build a fairer and more inclusive society.'.

The Boomerang project simultaneously seeks to explore the capacity and mastery of young people in areas of awareness, promoting an advantageous sharing of knowledge between the two generations through various actions, whether cultural, social, academic, among others.
Dr. Ana Dias Lourenço, First Lady of the Republic of Angola said “Dikota_E6.0 described in a few words is a platform for hope, dignity, values, citizenship, and intergenerational encounter. This is a space where we want everyone to feel part of this dear country of ours and where everyone feels that they are acquiring new teachings and experiences.”

The purpose of the Seniors Panel is to promote the recognized experience of Angolan seniors to provide opportunities for the provision of services: Consulting, Coaching, and Mentoring. The Dikota E6.0 Platform has the mission of creating a “before and after” that can be the catalyst for a new and progressive way of thinking and looking at citizens over 60 years of age, as an asset, instead of being seen as non-productive. In short, it aims to ensure the necessary conditions for the integration, enhancement and active participation of this important fringe in society.

The Angola Pavilion is part of the mobility district at Expo 2020. The exhibition of the Dikota E6.0 Platform and its designs is extremely pertinent, as it gives the senior generation the opportunity to share, in this important international event, their experiences with future generations and receive knowledge from them.

Experts Behind Samsung's Newest Products and Technologies Discuss Innovating for ...

Formula E Season 8: Meet the Heroes Behind the Helmets Who Will Battle for Glory ...