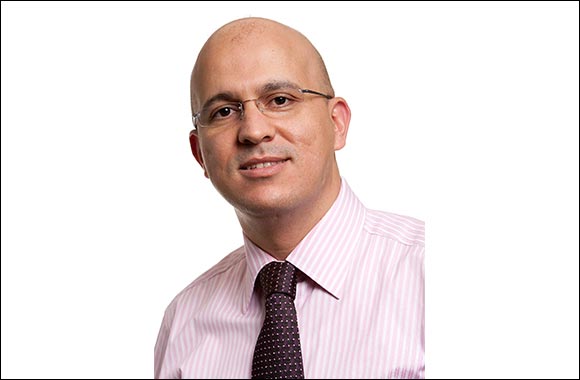 Share Home >> Banking & Investments
P&G’s declaration came as part of the annual event with high-profile global equality advocates Indra Nooyi and Bonang Matheba
Dubai, UAE, 18 February 2021:  Procter & Gamble (P&G) reiterated its commitment around a number of initiatives that will promote gender equality during the annual #WeSeeEqual Summit – part of the company’s citizenship focus on being a Force for Good and Force for Growth. Hosted virtually for the first time, the event saw distinguished advocates and personalities from private and public sectors come together to address the challenges of gender and women’s equality, which have been severely impacted by the pandemic.
Omar Channawi, CEO, P&G Middle East, East and West Africa and General Export Markets said: “P&G places great importance on helping to create a gender equal world. With a clear sense of purpose, we work together with our partners to spearhead action and strengthen our commitment to gender equality. A significant part of effecting change is encouraging dialogue to uncover insight and solutions. The annual #WeSeeEqual Summit is an important event dedicated to celebrating the achievement of women, while sparking conversation and encouraging action and behaviors that help drive diversity and inclusion across the Middle East region.”
Under the theme ‘#Unsaid and #Undone’, the summit brought together leading voices on Gender Equality to challenge the current discourse and commit to the actions needed for progress. Held in partnership with UN Women, the third annual regional #WeSeeEqual Summit engaged business leaders, government officials and celebrity influencers in candid conversations around gender equality – the focus of UN Sustainable Development Goal #5 - as well as discussions around strategic actions moving forward to address gender inequality. P&G pledged sustained, intentional action to accelerate progress towards gender equality.
The following announcements were made during the summit:
• P&G will educate more than 30 million adolescent girls on puberty and hygiene across Asia Pacific, the Middle East and Africa, through its Always and Whisper ‘Keeping Girls in School’ program over the next three years.
• P&G is committed to spending a cumulative total of $200 million US dollars by deliberately working with women-owned businesses across the Asia Pacific, Middle East and Africa region, by 2025.
• P&G is introducing ‘Share the Care’, a new parental leave policy in the Asia Pacific, Middle East & Africa region. Under its new ‘Share the Care’ program, all new parents will be entitled to a minimum of 8 weeks’ fully paid leave, with an additional 6 weeks’ recovery leave for birth mothers.
• P&G is committed to achieve a 50-50 gender balance across its management workforce in Asia Pacific, the Middle East and Africa by the end of calendar year 2022.
P&G has been steadily working to improve gender equality by leveraging its unique strengths. Some of P&G’s achievements globally and in the region include:
1. Leveraging its voice in advertising and media to tackle gender bias, spark conversations and motivate change. This includes Always ‘Like A Girl’, Ariel ‘Share The Load’, Always ‘Saudi Generation of Firsts’, Always New Brave advertising campaigns. Released in 2018, Always ‘Saudi Generation of Firsts’ campaign was the first to be directed and produced only by women.
2. Focusing on removing barriers to education for girls and economic opportunities for women through the company’s social impact programs and advocacy efforts in partnership with organizations. Examples of current P&G programs include:
• Always is working to prevent girls from missing school because of their period, through the provision of puberty and confidence education and enabling access to sanitary pads and products. In the last two years alone, Always has donated over 50 million products to help girls stay in school and stay confident.
• P&G has prioritized women’s economic empowerment, spending more than $1.1 billion with women-owned businesses globally, and partnering with WEConnect International, the Women’s Business Enterprise National Council and UN Women in 14 countries to provide training for women entrepreneurs.
Internally, P&G has been a proponent in promoting active discourse on gender equality, both within the organization as well as with communities across the region:
• P&G hires an equal ratio of women and men in Dubai, for its operations as its regional headquarter.
• P&G was the first FMCG Company in Saudi Arabia to obtain a license to employ women, with 25% of its leadership team comprising of Saudi female nationals.
• P&G’s new parental leave policy #ShareTheCare enables fathers to take an average of eight weeks of paid leave within the first 18 weeks of their child being born or adopted.
P&G is supporting wider efforts to ensure that we move the issue of gender to the top of the region’s priorities in 2021 and beyond. The #WeSeeEqual Summit was led by an impressive and geographically diverse group of women supporting, monitoring, reporting and driving progress on the gender diversity goals through an inclusive platform. In addition to the declarations, the 2021 Summit also saw the establishment of the P&G Young Leaders Council, which serves to advise the company on gender equality matters internally and externally.
P&G is advancing gender equality through various initiatives region-wide as part of its ongoing commitment to equality and inclusion and is part of the Company’s efforts to deliver ‘2,021 Acts of Good in 2021. As one of the world’s largest advertisers, P&G and its brands will also continue to leverage their influential voice in media and advertising to drive further awareness, tackle gender bias, spark conversations and motivate change.


Riabushenko Takes Podium at Tour of the Alps

Get your Essential Nutrients this Ramadan with Daily Supplement, Amphis

United in Ramadan: Celebrate the Essence of Ramadan with Mall of the Emirates a ...